Director/producer/writer Kimberlee Bassford is an independent documentary filmmaker from Hawai'i with a background in journalism. She produced and directed the documentaries WINNING GIRL (2014, World Channel), PATSY MINK: AHEAD OF THE MAJORITY (2008, PBS) and CHEERLEADER (2003, HBO Family) and was a producer on two national PBS documentary series: UNNATURAL CAUSES: IS INEQUALITY MAKING US SICK? (2008) and THE MEANING OF FOOD (2005). She has garnered numerous honors for her work, including film festival audience awards and grand jury prizes, a duPont-Columbia Award, Student Academy Award, CINE Golden Eagles, and has been featured on panels and juries for ITVS, Center for Asian American Media, Pacific Islanders in Communications, Hawai'i International Film Festival and the Ohina Short Film Showcase. Kimberlee holds a BA in psychology from Harvard University and a Masters of Journalism from the University of California Berkeley. She owns Making Waves Films LLC, a documentary production company in Honolulu, and is an instructor of journalism at Windward Community College where she also advises the school's nationally award-winning student newspaper.

From award-winning Hawaiian filmmaker Kimberlee Bassford (PATSY MINK: AHEAD OF THE MAJORITY) comes WINNING GIRL, an inspirational film that follows the four-year journey of Teshya Alo, a part-Polynesian, teenage judo and wrestling phenomenon from Hawai‘i. Teshya is only 16 years old and 125 pounds, but on the judo and wrestling mats, she dominates women twice…

END_OF_DOCUMENT_TOKEN_TO_BE_REPLACED 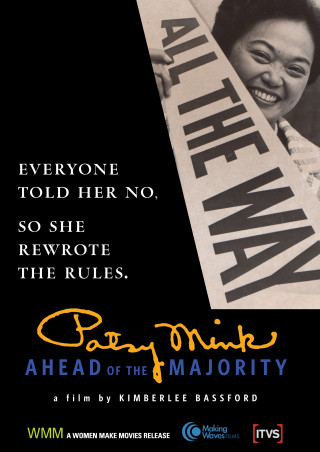 In 1965, Patsy Takemoto Mink became the first woman of color in the United States Congress. Seven years later, she ran for the US presidency and was the driving force behind Title IX, the landmark legislation that transformed women’s opportunities in higher education and athletics. Mink was an Asian American woman who fought racism and…