Kimi Takesue is an award-winning filmmaker and recipient of the Guggenheim Fellowship in Film. In 2018, she received a highly-competitive national Breakthrough Award and fellowship from Chicken and Egg Pictures. Other honors include a Rockefeller Media Arts Fellowship, two fellowships from NYFA, a Kodak Cinematography Fellowship, and grants from Catapult, ITVS, NYSCA, and the Arts Council of England. She is a six-time fellow at Yaddo and the MacDowell Colony.

Takesue's acclaimed documentary WHERE ARE YOU TAKING ME? was commissioned by the Rotterdam Film Festival and premiered at the festival, followed by screenings at MoMA-Doc Fortnight and the LA Film Festival. The film was theatrically released by Icarus Films and was a Critics Pick by Time Out-NYC and LA Weekly. Takesue's films have screened at more than two hundred festivals/museums internationally including Sundance, Locarno, New Directors/New Films, SXSW, and the Museum of Modern Art-NYC and have aired on PBS, IFC, Comcast, and the Sundance Channel. Her films have received positive reviews from The New York Times, Variety, Wall Street Journal, Christian Science Monitor and The Nation. Takesue's films are distributed by Women Make Movies, New Day Films, and Icarus. (7/19) 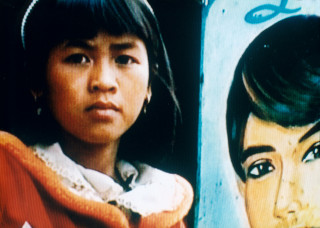 HEAVEN'S CROSSROAD traces an impressionistic journey through Vietnam exploring the nuances and complexities of “looking” cross-culturally. Structured in a series of observational yet stylized vignettes, this visually driven experimental documentary investigates shifting relationships of voyeurism and intimacy, while linking the observer with the observed. Takesue’s mesmerizing cinematography captures sweeping country landscapes and cities in motion,…

END_OF_DOCUMENT_TOKEN_TO_BE_REPLACED 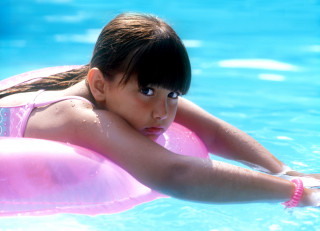 Summer of the Serpent

This beautiful short drama exquisitely explores the unlikely bond that develops between two people from different worlds. Eight-year old Juliette sits at the side of the local pool waiting for another lonely summer day to pass when an unexpected pair of Japanese newcomers arrives. Fascinated by the mysterious black-clad woman and her yakuza assistant, Juliette…