Kylie started her working life has a radio journalist at the age of 19 and has been making films about human rights and social issues for the past seven years. Her work as a journalist has taken her to Iraq, Bangladesh, Argentina, The Philippines, Romania, Mozambique, East Timor, Sri Lanka and many more of the world’s flashpoints.

Her first film, CHILD PRISONERS IN THE PHILIIPPINES has been screened around the world and was official selection at the Ghangzou Documentary festival in China in 2004. Her film, CHILD TRAFFICKING - CAMEL JOCKEYS in the Middle East screened on ABC Television Australia and was subsequently awarded the gold world medal in the social issues category at the 2004 New York Film Festival.

For three years, Kylie followed the life of Layla Hassan, a Baghdad woman and her family during the conflict in Iraq. The resulting film, MY HOME YOUR WAR, screened on SBS Television Australia in April 2007 on SBS’s Cutting Edge program to rave reviews and excellent ratings. The film has subsequently won Best Documentary (Human Story) and Best Documentary (Social and Political issues) at Australia’s ATOM awards in October 2007. In 2008, it won the Gold World Medal for Best documentary at the New York Film Festival. MY HOME YOUR WAR has been screened at filmed festivals in Europe, Asia and the U.S.

Kylie worked for Aljazeera English television as a producer and video journalist where she made news feature stories in the developing world. Her story on Agent Orange CHILDREN IN VIETNAM won the best single news report in the Asia Awards.

In 2015, Kylie produced a two hour documentary series called HITTING HOME for the Australian Broadcasting Corporation. The series investigated the scourge of domestic violence on women in Australia. The documentary makers were granted extraordinary access inside women's lives as well as the courts, police and prisons that deal with domestic violence on a daily basis. The series has been nominated for two Logie Awards for best factual program and best presenter(Australian television awards).

Recently, she made twelve more half hour documentaries for Australia's award-winning current affairs show Dateline and is about to embark into the world of freelance filmmaking again so is looking to collaborating with some other great female directors and producers.

Kylie holds a Bachelor of Arts in Media and Communications and a Masters degree in Social Science. She is passionate about using the medium of film to give audiences in the Western world an insight into the lives, hearts and minds of people in the developing world. (6/19) 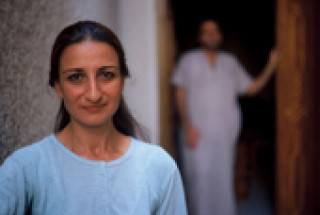 My Home - Your War

MY HOME – YOUR WAR offers an extraordinary look at the effect of the Iraq war through the eyes of an ordinary Iraqi woman. Shot in Baghdad over three years that span the time before, during and after the invasion of Iraq, this profoundly moving film brings a perspective that – until now – has…