Laura Mulvey (born 1941 in Oxford) is Professor of Film and Media Studies at Birkbeck College, University of London. She was Director of Birkbeck Institute for the Moving Image (BIMI) from 2012 to 2015. She is the author of Visual and Other Pleasures (1989); Citizen Kane (1992); Fetishism and Curiosity (1996); Death 24x a Second: Stillness and the Moving Image (2006); and Afterimages: On Cinema, Women and Changing Times (2019). She has co-edited British Experimental Television (2007); Feminisms (2015); and Other Cinemas: Politics, Culture and British Experimental Film in the 1970s (2017). Mulvey made six films in collaboration with Peter Wollen, including Riddles of the Sphinx (1977), and two films with artist and filmmaker Mark Lewis.

Mulvey is best known for her essay, "Visual Pleasure and Narrative Cinema", written in 1973 and published in 1975 in the influential British film theory journal Screen. (It also appears in a collection of her essays entitled "Visual and Other Pleasures" and numerous other anthologies.) This article was one of the first major essays that helped shift the orientation of film theory towards a psychoanalytic framework, influenced by the theories of Sigmund Freud and Jacques Lacan. Prior to Mulvey, film theorists such as Jean-Louis Baudry and Christian Metz attempted to use psychoanalytic ideas in their theoretical accounts of the cinema, but Mulvey's contribution was to inaugurate the intersection of film theory, psychoanalysis, and feminism. (2020) 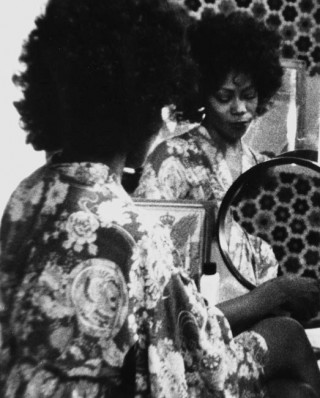 Laura Mulvey, author of the seminal essay Visual Pleasure and Narrative Cinema , helped to establish feminist film theory as a legitimate field of study. With Peter Wollen, she directed one of the most visually stimulating, theoretically rigorous films to emerge from the 1970s. RIDDLES OF THE SPHINX is a landmark fusion of feminism and…