Director/Producer/Writer LAURIE KAHN is devoted to bringing the lives and work of compelling women to the screen. Her films have won major awards, been shown on PBS primetime, broadcast around the world, screened at prominent museums, and used widely in university classrooms and community groups.

Laurie's first film, A Midwife's Tale, was based on Laurel Thatcher Ulrich's Pulitzer Prize-winning book. It won film festival awards and a primetime EMMY for Outstanding Non-Fiction. Her film TUPPERWARE! won the George Foster Peabody Award and was nominated for the primetime EMMY for Nonfiction Directing. Her most recent film, Love Between the Covers, received glowing reviews worldwide and five stars at Netflix, Amazon, and iTunes. In 2000, Laurie produced an award-winning interactive website, DoHistory.org.

Before Laurie founded her own production company, she worked on Eyes on the Prize: America's Civil Rights Years 1954-1965, The American Experience, Frontline's four-hour series Crisis in Central America, All Things Considered, and Time Out. Many years ago, she taught philosophy at Harvard and Tufts. And she has been a Resident Scholar at the Women's Studies Research Center at Brandeis University since 2004.

Laurie is currently writing her first dramatic feature film screenplay -- based on the true story of a remarkable group of 13 intrepid female pilots at the dawn of the Space Age. (07/19) 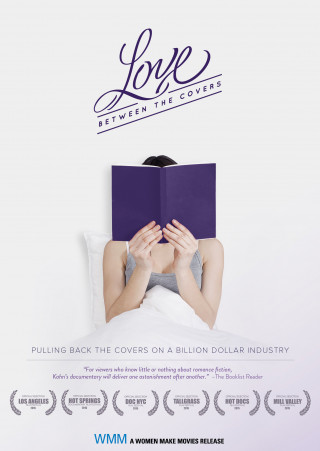 Love Between the Covers

LOVE BETWEEN THE COVERS was selected as the #1 choice of all 2015 videos by the American Library Association's Booklist Review. Romance fiction outsells all other genres of writing, from crime to science fiction, combined. So why is the genre so often dismissed as frivolous "scribble"? Could it be that it's because the overwhelming majority…