Early on, Hamilton set her sights on classical theater. In one of her first notable roles, she played opposite Kevin Kline in Measure for Measure in the New York Shakespeare Festival. Her performances in Much Ado about Nothing, Tartuffe, Reckless, Family of Mann, and Two Gentlemen of Verona, earned her a reputation as a serious dramatic actor.

Hamilton appeared in over two dozen films, including THE TRUTH ABOUT CHARLIE and BELOVED for director Jonathan Demme. She has worked on several projects with director Rodrigo García, notably his films TEN TINY LOVE STORIES, NINE LIVES, MOTHER AND CHILD, and HONEYDRIPPER, directed by John Sayles, and THE SOLOIST, directed by Joe Wright.

She directed the documentary film BEAH: A BLACK WOMAN SPEAKS in 2003. This film, about pioneering black actress Beah Richards, dealt with Hamilton seeking out Richards, an African-American actress who had broken ground making inroads for black actresses. The two women met on the set of BELOVED. Richards worked on stage and screen, taking small roles in several motion pictures during the 1950s and 1960s, earning an Oscar nomination for her role as Sidney Portier's mother in GUESS WHO'S COMING TO DINNER, despite being two years his junior. Hamilton's film explored Richards' political activism as well as her poetry (her volume, "A Black Woman Speaks and Other Poems" was published in 1974). After Richards died, Hamilton collaborated with illustrator R. Gregory Christie to turn one of her poems into a children's book. "Keep Climbing Girls" was published by Simon and Schuster in 2006. Hamilton played the role of Melissa in MEN OF A CERTAIN AGE, an hour-long comedy-drama starring Ray Romano, Andre Braugher, and Scott Bakula that ran from 2009 to 2011.

In the fall of 2010, Hamilton took a faculty position in the School of Theater for the California Institute of the Arts. (8/14) 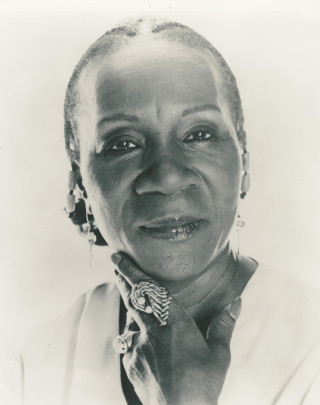 BEAH: A BLACK WOMAN SPEAKS, the directorial debut of actress LisaGay Hamilton, celebrates the life of legendary African American actress, poet and political activist Beah Richards, best known for her Oscar nominated role in GUESS WHO'S COMING TO DINNER. While Richards’ struggled to overcome racial stereotypes throughout her long career onstage and onscreen in Hollywood…