Liv Weisberg is a young documentary filmmaker based in Stockholm, Sweden. She started her career at 18 when she made a film about a journey she took with her grandfather to the concentration camps where he was a Nazi prisoner for five years during the Second World War.

She was brought up in a ‘70s collective by her Swedish mother and American father. Social awareness was often discussed and Liv developed a passion for justice. Her first films dealt with social issues, such as the problems of integration and racism in Sweden.

The idea for the film The Feminist Initiative came about in a public discussion about the fact that even though Sweden is one of the most gender-equal countries in the world, there are still urgent problems to be solved such as rape, violence against women, and lower pay. Liv Weisberg wanted to follow the women who took on this battle for equality.

Documentaries have always been a big part of Liv´s life, as her father Ted Weisberg worked with video all through her childhood. The camera was always close by and became a tool with which she could describe her world.

Perhaps her strongest drive is her curiosity. That is why her filmography covers such a broad range of topics, from the Holocaust, to racism, and even life in Hollywood.

Today Liv Weisberg is an established filmmaker in Sweden, with films being broadcast on TV and shown at festivals throughout the country. (8/14) 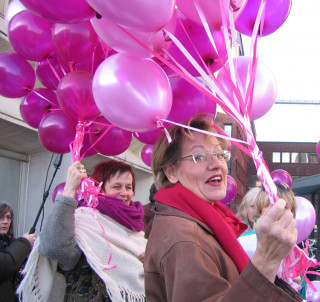 The Feminist Initiative reveals the passion, pitfalls and promise of a diverse group of women working to establish the world’s first feminist political party in Sweden in the spring of 2005. Even in one of the most gender-equal societies in the world, the advancement of women’s agenda within the patriarchal establishment requires a revolution. Beginning…