French-Canadian actress, writer, and director Luce Guilbeault was born in 1935 in Outremont, Québec and began her career as an actress at a very young age. She excelled in the theater and gained popularity after making her television debut in the youth program Opération-mystère (1957–59). Guilbeault also appeared in the hit series Des dames de coeur (1986-89) and Un signe de feu (1989-91). She was offered her first major film role by Denys Arcand in 1971, playing a bewildered wife in LA MAUDITE GALETTE, and for a time, starred in more than one film each year, including O.K... LALIBERTÉ (1973), TENDRESSE ORDINAIRE (1973), and LE TEMPS DE L’AVANT (1975). Guilbeault opted out of commercial cinema and began a brief career as a documentary producer, pursuing projects almost exclusively concerning feminist issues. (07/09) 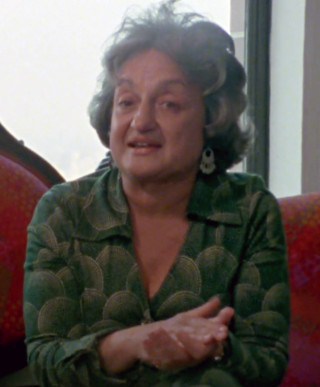 SOME AMERICAN FEMINISTS explores one of the most significant social histories of this century-the second wave of the women's movement-and is a fascinating flashback on the women's liberation agenda in the light of 1990s backlash. Inspirational interviews with Ti-Grace Atkinson, Rita Mae Brown, Betty Friedan, Margo Jefferson, Lila Karp and Kate Millett are intercut with…