Lucie is a French-American journalist and documentary filmmaker with a strong background in television production and international reporting. She is committed to producing content that promotes social change and elevates the status of women. She directed, produced and edited Arresting Ana, a documentary about the potential criminalization of the Pro-Ana movement in France, for which she received the Margaret and Will Hearst Prize for Documentary Excellence, an IDA Documentary Award Nomination, and a Student Academy Award Nomination.

Lucie lives in Los Angeles, where she has worked on a variety of documentary, television, and web projects. Recent credits include CNN's Emmy Award winning series "United Shades of America," Chelsea Handler's Netflix documentary series "Chelsea Does...", and MTV's "Catfish: The TV Show".

In her spare time, Lucie is committed to helping break the cycle of poverty, illiteracy, and low expectations through service and education. In 2014, she traveled to Nepal and raised $50,000 to build an elementary school with buildOn. In the fall of 2016, she built a second school with the same organization in Nicaragua. 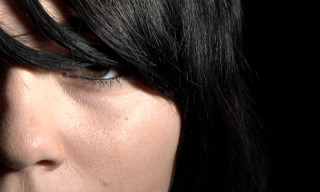