Maria Barea was born in 1943 in Chancay, Peru. For over 30 years, she has worked as an actor, director and producer of films. In 1982 she co-founded the film group Chaski with which she has made the films Gregorio and Miss Universum en el Peru. In 1989, she co-founded the women's film group 'WARMI Cine y Video', with which she produces and directs documentaries. Her films include, Mujeres del Planeta (1982), Andahuaylas - suenen las campanas. Andahuaylas - cuidad hermana (1987), Porcon (1989/92), Porque queria estudiar (1990), Barro y Bambu (1991), Antuca (1992). In 2018, she received a tribute at the Latin American Non-Fiction Film Meeting held in Arequipa. (01/20) 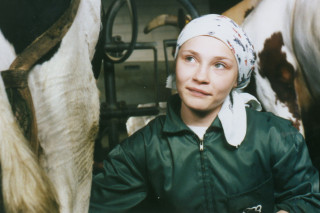