Belgian born director Marie Mandy was born in Leuven in 1961. She grew up in Africa and the United States, and received a Bachelor’s degree in Roman Philology from the University of Louvain. In 1988 she graduated from the London International Film School, thanks to grants from the Belgian Vocational Foundation and a scholarship from the International Rotary Foundation. She completed her training with Delia Salvi (Actor’s Studio), Jiri Menzel and Krzysztof Kieslowski (Directing) and took a certificate from EAVE in 1992.

In 1989 she created her own production company in Brussels called Amazone Films, with which she produced and directed "Judith" (short, 1989), "Pardon Cupidon" (feature, 1992), and "Madeleine in Heaven" (documentary, 1999). She has since directed several documentaries and worked for the French Television ARTE and for the Belgian channel RTBF.

As a photographer she has worked as a portrait photographer for several magazines, photographing art world and business personalities. She has shown her photographs and her "photo-weavings" in a dozen countries. She produced, from 1994 to 1997, important photo-journalistic work on the situation of disabled people in Europe and on institutionalized children, all the while pursuing her independent work as a photographer.

From 1993 to 1995 she was president of the ARPF (Belgian Association of Film Directors-Producers). She has been vice-president of the Belgian committee of the SACD (Author’s Guild) since 1996.

She currently lives and works in Brussels and Marseilles. (7/12) 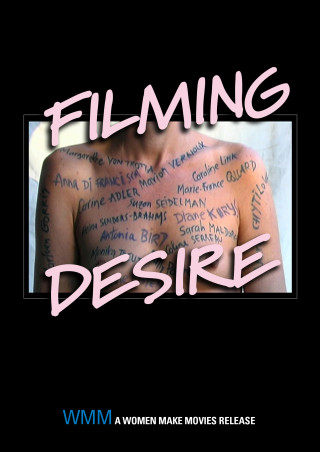