"No Job For a Woman" is Michèle Midori Fillion’s first full-length documentary. Formerly a journalist with the Canadian Broadcasting Corporation (CBC), she has produced a variety of short documentaries for radio and television, with a special commitment to reports that focus on women.

Under a journalism fellowship provided by the Aga Khan Foundation Canada (AKFC), Fillion lived and worked in India, producing documentaries on the rural development work of organizations funded by AKFC.

As well, Fillion’s written work includes reports for newspapers, essays for cultural and academic journals, as well as plays for theater and film. She co-wrote a play, now a screenplay Blood Sport, for the Toronto theatre festival Buddies in Bad Times. 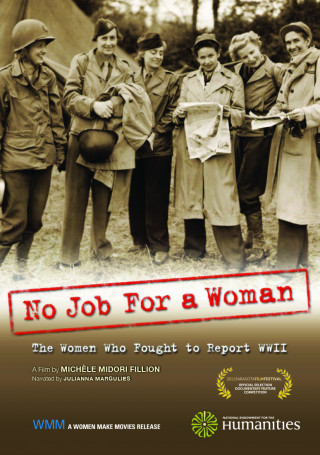 When World War II broke out, reporter Martha Gellhorn was so determined to get to the frontlines that she left husband Ernest Hemingway, never to be reunited. Ruth Cowan’s reporting was hampered by a bureau chief who refused to talk to her. Meanwhile, photojournalist Dickey Chappelle wanted to get so close to the action that…