Michelle Parkerson is an award-winning independent film/video maker based in Washington, DC. Her work has been shown widely in festivals and on public television including the documentaries "A Litany for Survival: The Life and Work of Audre Lorde", "But Then, She's Betty Carter" and "Gotta Make This Journey: Sweet Honey in the Rock". Ms. Parkerson has received grants from the Independent Television Service, the Corporation for Public Broadcasting, and the American Film Institute as well as a fellowship from the Rockefeller Foundation. Her work has premiered at the Sundance Film Festival and "Gotta Make this Journey: Sweet Honey in the Rock" was nominated for a Local Emmy in the category of Public Affairs Documentary. She was awarded the Prix du Public at the Festival International de Creteil Films de Femmes and the Audience and Best Biography Awards at the San Francisco International Film Festival.

Michelle Parkerson has served on the faculties of Northwestern University, the University of Delaware, Howard University and Temple University. She has also lectured at Yale University, the National Film Board of Canada, the Museum of Modern Art (NYC), the Walker Art Center in Minneapolis, the Flaherty Film Seminar, Harvard University, and the Institute for Policy Studies in Washington DC. She currently serves on the Advisory Committee of the DC Mayor's Office of LGBTQI Affairs. (7/19) 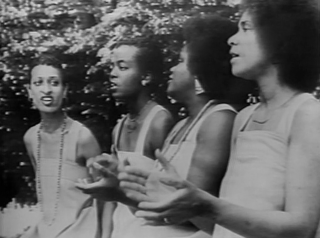 Gotta Make This Journey Sweet Honey in The Rock

This vibrant and engaging film profiles the a capella activist group, Sweet Honey in the Rock. Singing to end the oppression of Black people world wide, SWEET HONEY embraces musical styles from spirituals and blues to calypso, and concerns ranging from feminism to ecology, peace and justice. This dynamic film features individual portraits, powerful concert…

END_OF_DOCUMENT_TOKEN_TO_BE_REPLACED 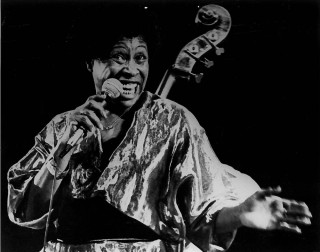 ...But Then, She's Betty Carter

This lively film is an unforgettable portrait of legendary vocalist Betty Carter, one of the greatest living exponents of jazz. Uncompromised by commercialism throughout her long career, she has forged alternative criteria for success — including founding her own recording company and raising her two sons as a single parent. Parkerson's special film captures Carter's…

END_OF_DOCUMENT_TOKEN_TO_BE_REPLACED 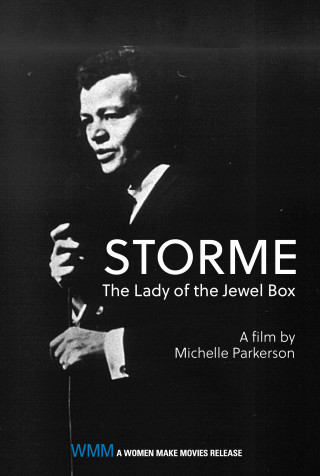 Storme The Lady of the Jewel Box

“It ain’t easy…being green” is the favorite expression of Storme DeLarverie, a woman whose life flouted prescriptions of gender and race. During the 1950’s and 60’s she toured the black theater circuit as a mistress of ceremonies and the sole male impersonator of the legendary Jewel Box Revue, America’s first integrated female impersonation show and…