Mirjam von Arx, was born 1966 in Weinfelden/TG. After studying at the Ringier School of Journalism, von Arx worked for 18 years as an editor and freelancer for a number of German language magazines. In 1991, she moved to New York and produced the road movie BLUESIANA together with Polo Hofer. In addition to regular contributions to Swiss television, von Arx executed two documentaries for SF and Sat1. In 2001, she moved to London and began filming the documentary BUILDING THE GHERKIN. In 2002, she founded the production company ican films gmbh. In 2003, her first documentary ABXANG was shown in cinemas. In 2005, BUILDING THE GHERKIN (CH, DE, UK) followed. In 2006/7 she produced the documentary SIEBEN MULDEN UND EINE LEICHE for Thomas Haemmerli , shown in cinemas in 2007. The film was awarded the Zurich Film Prize 2007 and was nominated for the Swiss Film Prize 2008. Her documentary SEED WARRIORS was theatrically released in autumn 2010. VIRGIN TALES was theatrically released in Switzerland in June 2012. (4/13) 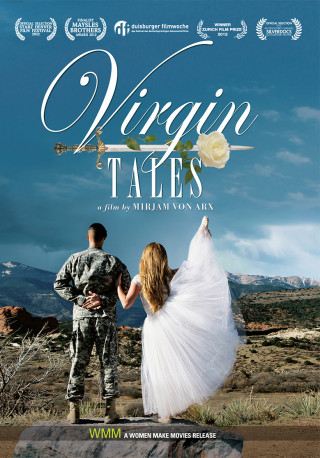 Evangelical Christians are calling out for a second sexual revolution: chastity! As a counter-movement to the attitudes and practices of contemporary culture, one in eight girls in the U.S. today has vowed to remain "unsoiled" until marriage. But the seven children of Randy and Lisa Wilson, the Colorado Springs founders of the Purity Ball, take…