Nanako Kurihara is an award-winning producer/director. Kurihara was born and grew up in Japan. She graduated from Waseda University with a BA in Political Science. After working as a magazine editor, she moved to New York where she started to make documentaries.

Her first film, RIPPLES OF CHANGE, about the Japanese women’s movement was shown internationally and was broadcast in the United States and Australia. She recently completed A GRANDPA IN BRAZIL, about a first generation immigrant’s personal look at Japanese migration to Brazil and return migration of Japanese-Brazilians to Japan. The documentary was screened across Japan in theaters and communities to connect Japanese with Brazilians in the time of economic crisis. It was also shown in Brazil in 2008 at the time of the centennial of Japanese immigration to Brazil; in the States at Chicago University and Northwestern University, in Toronto, Canada, at the Association for Asian Studies: Film Expo.

She currently resides in Kyoto, Japan. She holds a M.A. and Ph.D. from the Performance Studies at New York University. (8/14) 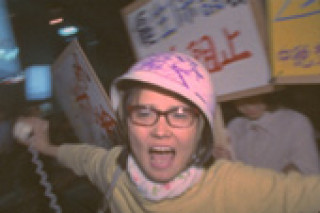 Ripples of Change Japanese Women’s Search for Self

Powerful political analysis is combined with a passionate personal story in this exceptional documentary about the Japanese women’s liberation movement in the 1970’s and its influence on contemporary Japanese society. Director Nanako Kurihara left her homeland in the 1980’s, frustrated by the lack of interesting roles for women in Japan. In New York, she met…