Nereida Garcia Ferraz is a painter, photographer and video maker who graduated from the School of the Art Institute of Chicago. She has received the following grants: Ryerson Traveling Fellowship National Endowment for the Arts Fellowship in 1985 and in 1998, The Ford Foundation grant in 1994. Illinois Arts Council Visual Arts Fellowship in 1985, 1986, 1989 Mac Arthur Foundation Media Grant in 1994 as well as The Richard Diebenkorn Teaching Fellowship from the San Francisco Art Institute in 2000 – 2001.

She has taught at the Museum of Contemporary Art in Chicago, The San Francisco Art Institute, and The School of the Art Institute of Chicago. She has also been a resident/visiting artist in many Art Schools and Museums. She currently works at MOCA’s Women on the Rise Program and Miami Art Museum’s Brick X Brick Education Program, working with youth on issues of Urban Design and Architecture, also at the Idea Lab at BASS Art Museum in Miami. Garcia founded The Photography Program at MACLA, San Jose California in 1998. Her works have been exhibited in numerous Museums and Galleries around the US and abroad. Among them: Chicago Art 1945-1995 at The Museum of Contemporary Art, Paisajes de Ida y Vuelta, Museo del Chopo, Mexico City, FOCI Illinois State Museum, Museo de Arte Moderno Mexico City, Islip Museum among others.

She co-produced and directed the award winner video-documentary ANA MENDIETA: FUEGO DE TIERRA.The film is in the collection of MOMA, Guggenheim Museum, Yale University, San Francisco Art Institute and many other Museums and Universities around the world. (8/14) 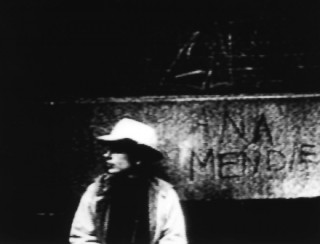 This beautiful film is a portrait of the life and work of Cuban-born American artist Ana Mendieta. Mendieta used her own body, the raw materials of nature, and Afro-Cuban religion to express her feminist political consciousness and poetic vision. Interview footage with Mendieta and her own filmed records of her earthworks and performances are incorporated…