Nina Maria Paschalidou is a filmmaker, journalist, and producer with extensive experience on documentaries focused on social strife, war and forgotten populations. For the past twelve years, Nina has reported for To Vima and Kathimerini, the two major newspapers in Greece. Since 2007, she has been a producer for "Exandas" Documentary Series, an Athens-based documentary group that has won many international awards. She has also produced and directed independent documentaries, such as "Spirited Paths: the life of Human Rights Heroes" and "Boxing Cuba". She is also the author of "Kanun: A child's Play", a documentary book on blood feud in Albania, and "From Chaos to Harmony: The Life of Mikis Theodorakis", a film about the life of the Greek composer. She is the founder of Forest Troop, an independent documentary and multimedia group and co-owner of www.protagon.gr, a news blog created by prominent Greek journalists. She has received her undergraduate degree in Mass Communications at Boston University and her graduate degree in Entrepreneurship at Bentley University. She has studied film at La Femis in Paris and at the NYU in New York. She is also a Fellow in the School of Foreign Service at Georgetown University, in Washington D.C. (4/14) 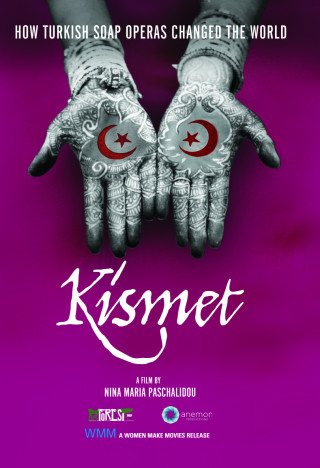 Wildly popular at home, Turkish soap operas have taken the world by storm with more than 300 million viewers in 80 countries across the Middle East, North Africa, the Balkans, and Asia. With unprecedented access, KISMET delves into this phenomenon, weaving together excerpts from the major shows including interviews with their talent and the writers,…