Nirit Peled (Israel, 1973) has been working in Amsterdam as an audio-visual artist for the last eight years. She is a community based, cultural artist and film director, as well as co-founder of Mamamess, a production company she runs with her partner Dave Hemmingway. Her work can be broadly categorized within video and interactive projects. Recently Peled has been focusing more on directing short films, animation and documentaries that seek to create dialogue, confrontation and communication. She has also worked on numerous political, cultural projects with inner city youth, both in the Netherlands and abroad.

For her recent project and debut documentary, SAY MY NAME, Peled traveled around the world documenting female vocalists, MCs, and spoken-word artists in urban environments. The sequel SAY MY NAME IN AFRICA is still in production. Other recent projects include POETRY IN MOTION, three beautifully animated poems by the Jamaican poet Staceyann Chin, and the documentaries REDNOSE GOES TO CUBA (about two DJs collaborating with Cuban musicians in Havana), and THE BATTLE (about Arab-Israeli rappers).
(02/09) 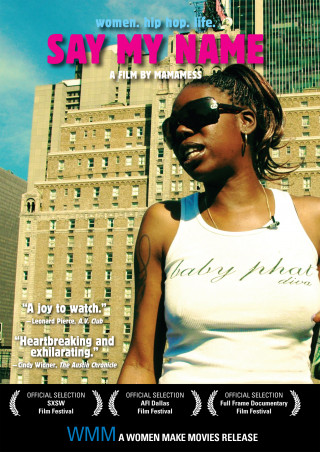 In a hip hop and R&B world dominated by men and noted for misogyny, the unstoppable female lyricists of SAY MY NAME speak candidly about class, race, and gender in pursuing their passions as female MCs. This worldwide documentary takes viewers on a vibrant tour of urban culture and musical movement, from hip hop’s birthplace…