Noemi Weis is an award winning Writer, Director and Producer that has spent over 20-years telling stories on the big and small screens, from her worldwide advertising projects to her award winning documentaries. As a humanitarian and an advocate leader Noemi­ journeys where stories take her to bring voice to the world's most vulnerable. Her films have been sold in more than 60 countries, receiving numerous awards but most important, making in a difference in communities around the world. Recently she received a passionate message of support from Mm. Sophie Gregoire Trudeau for her latest film MILK and has been honoured with an invitation to meet Pope Francis at the Vatican in recognition of the impact her films have created in communities around the world.

Noemi is a proud member of the Unesco, Team Canada's Trade Missions and a Business Ambassador of Ontario, promoting the merits of Canadian production abroad. In this capacity, she participates in trade missions and has been honoured with the nomination of Woman Entrepreneur of the Year for three years in a row, the last one by Export Development Canada and nominated as a finalist for Woman Entrepreneur of the World, as the sole Canadian nominee. Additionally, Noemi has recently been recognized as one of the top 10 most influential Hispanic-Canadians, award given by Toronto Mayor John Tory. Noemi continues to create, direct and produce social justice films. For more information, please visit: www.filmblanc.com. (07/19) 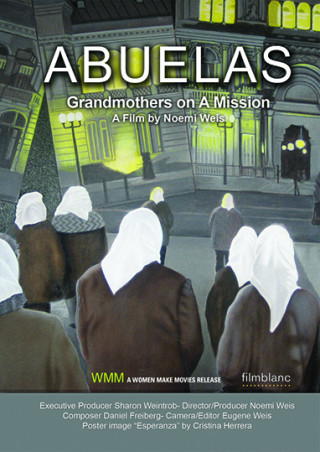 Abuelas: Grandmothers on a Mission

In 1985, the Academy Award® nominated film LAS MADRES: THE MOTHERS OF PLAZA DE MAYO profiled the Argentinian mothers’ movement to demand to know the fate of 30,000 “disappeared” sons and daughters. Now three decades later, Argentina’s courageous Grandmothers, or “Abuelas”, have been searching for their grandchildren: the children of their sons and daughters who…