FEMINISM BEHIND BARS, which depicts the lives of inmates at a maximum-security women's prison in Iowa, and explores women's issues in the criminal justice system. THE GREY AREA premiered at the ArcLight Cinemas Documentary Film Festival in Los Angeles and won the Best Documentary Award at the JDIFF. The film was picked up for distribution by Women Make Movies and was released in 2013. For her narrative feature debut, Noga co-wrote and directed SAINTS REST, a musical drama starring Hani Furstenberg (THE LONELIEST PLANET), Allie Trimm (Original Broadway Cast of 13), and Dana Ivgy (ZERO MOTIVATION). SAINTS REST premiered at the RiverRun International Film Festival in 2018, where it won the Audience Award, and went on to winning the Best Feature Film Award at the Iowa Independent Film Festival, and the Best of Iowa Award at the Interrobang Film Festival. Noga's second feature film, CRACKED WOODEN SPOON (pre-production), is written by Tyson Stock (SAINTS REST) and produced by Rebecca Green (IT FOLLOWS, I'LL SEE YOU IN MY DREAMS) and Chris Ohlson (DAMSEL, KUMIKO THE TREASURE HUNTER). (07/19) 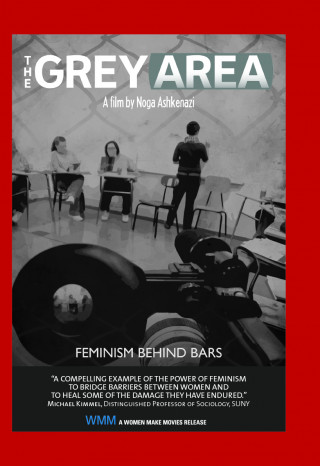 The Grey Area: Feminism Behind Bars

THE GREY AREA is an intimate look at women’s issues in the criminal justice system and the unique experience of studying feminism behind bars. Through a series of captivating class discussions, headed by students from Grinnell College, a small group of female inmates at a maximum women’s security prison in Mitchellville, Iowa, share their diverse…