Filmmaker Patricia Castano attended school in her native Colombia, as well as in England and Holland, where she studied social work and rural communication. After intense experiences working in the Latin American countryside on socio-economic studies and development, Castaño fully committed herself to the field of documentary cinema and television. Thanks to an honorary scholarship from the British Council and her work in Colombia with the BBC and public and educative television, Castaño was able to study cinema and television with the BBC and the Open University of England.

Eventually, Castaño would found Citurna Productions. With the help of colleagues Doris Eder de Zambrano and Adelaida Trujillo, Castaño’s company has produced several documentary films including: La ley del Monte (Law of the Jungle), Seguimos adelante (Nothing Will Stop Us), Las otras guerras de la la cocaine (Behind the Cocaine Wars) and El mundo rotundo de Fernando Botero (The Rotund World o Fernando Botero). Each of these productions has been awarded with numerous international prizes. In addition to documentary direction, Castaño has been committed to environmental and educational topics in television production as well as children’s educational entertainment. Castaño was behind the development and production of Franja Metro, a successful daily program for children which airs on regional Bogotá television.

Since 2000, Patricia Castaño has been a member of the Board of directors of INPUT as well as the group of Latin American producers that promote Prix Jeunesse and the World Summit on Media for Children of the 2004 in Rio de Janeiro. Tune In To Kids, which Castaño executive produced in 2001, was awarded a special Emmy prize by UNICEF and the International Council of NATAS. (08/09) 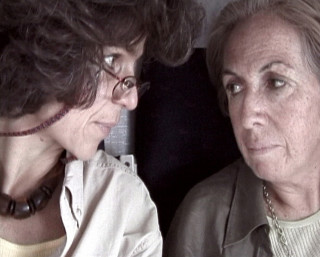 With conflicts raging on nearly every continent, war now regularly transcends the battlefield into everyday life - whether its increased security at airports or infringements on personal privacy. In WAR TAKES, Colombian filmmakers Adelaida Trujillo and Patricia Castaño turn the cameras on themselves to portray the tough realities of civil life in the violent, war-ravaged…