Ramona Diaz is a filmmaker whose credits include Spirits Rising, an hour-long documentary about women’s role in the 1986 People Power revolution in the Philippines. Spirits Rising received a Student Academy Award, the Ida Lupino Director's Guild of America Award, a Golden Gate Award from the San Francisco International Film Festival, a Certificate of Merit from the International Documentary Association, and a Gold Apple from the National Educational Media Network. Spirits Rising has been screened internationally and it has been broadcast on public television stations in the United States and Australia.

Diaz’s film, Imelda, a full-length documentary about the former First Lady of the Philippines, garnered the Excellence in Cinematography Award for documentary at the 2004 Sundance Film Festival and the ABCNews Videosource Award from the IDA. The film was released theatrically in the United States and the Philippines, screened in over fifty film festivals around the world, and was broadcast on Independent Lens on PBS in May 2005.

Diaz has just finished The Learning, a documentary film that follows several Filipino teachers in Baltimore City across two school years, chronicling the sacrifices they make as they try to maintain a long-distance relationship with their children and families, and begin a new one with the mostly African-American students whose schooling is now entrusted to them. The film is funded by ITVS, Sundance Documentary Fund and the Center for Asian American Media and is part of POV’s 24th season on PBS.

Diaz is in post-production on Don’t Stop Believin': Everyman’s Journey, a feature length documentary film about the iconic 80’s band, Journey, and their new lead singer, Arnel Pineda, whom they discovered through You Tube and is in development on Pacific Rims, based on a book by the same name written by Rafe Bartholomew, which looks at the Filipino national character through the country’s obsession with basketball.

Prior to pursuing a career as an independent filmmaker, Diaz was an associate producer for Cadillac Desert, a major PBS documentary series about the quest for water in the American West. In 2005, Diaz broadened her repertoire to include television commercial directing and producing.

Diaz, who was born and raised in the Philippines, lives with her husband, Rajiv Rimal, in Baltimore, where they are raising their daughter, Sabina Diaz-Rimal, who is now an eighth-grader. Diaz is a graduate of Emerson College, Boston and holds an MA in Communication from Stanford University. (08/11) 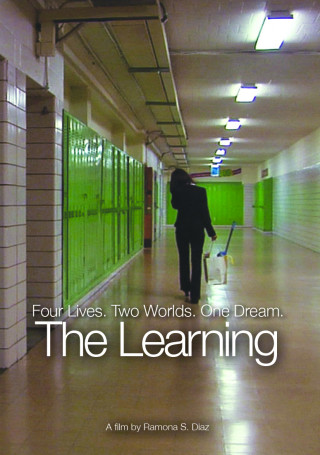 One hundred years ago, American teachers established the English-speaking public school system of the Philippines. Now, in a striking turnabout, American schools are recruiting Filipino teachers. THE LEARNING, from award-winning filmmaker Ramona S. Diaz (IMELDA), is the story of four Filipina women who reluctantly leave their families and schools to teach in Baltimore. With their…