Rebecca Lee went to film school in London, England, where she obtained a Masters in Filmmaking and met lots of people from different places. It was only after she got that degree and made her first film, THE MIDDLE OF EVERYWHERE, that she realized that film was not her only interest. After traveling and working on independent film productions in various roles (sound recording, art department, editorial department), she kept finding a common thread among the people she was spending time with: lots of good ideas and good energy, but nobody to coordinate them and bring them to life. Touché. (2/10) 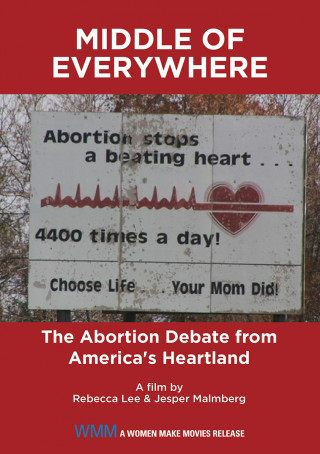 Middle of Everywhere The Abortion Debate from America's Heartland

South Dakota is America’s heartland—waving cornfields, hard-working farmers, family values and a population of 750,000, the majority of whom identify as conservative and anti-abortion. Native daughter Rebecca Lee returns home in 2006 on the brink of a historic state vote: House Bill 1215 could make South Dakota the first state to outlaw most abortions since…