An award-winning filmmaker with a passion for history and social justice, Roberta Grossman has written and produced more than forty hours of documentary television. She was the series producer and co-writer of 500 Nations, the eight-hour CBS mini-series on Native Americans hosted by Kevin Costner. Grossman's feature documentary, Homeland: Four Portraits of Native Action, premiered in February 2005, and has screened and won awards at more than forty festivals worldwide. Other writing and producing credits include In the Footsteps of Jesus, a four-hour special for the History Channel; Hollywood and Power: Women on Top, a special for AMC; The Rich in America: 150 Years of Town and Country Magazine for A&E, The History of Christianity: the First Thousand Years, a four-hour special on A&E, Medal of Honor, a six-part television series produced for U.S. News and World Report, and Heroines of the Hebrew Bible and Judas for the A&E series Mysteries of the Bible. (11/10) 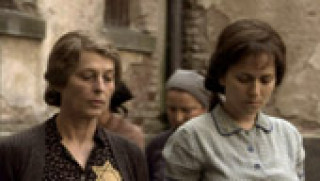 At only 22, Hungarian poet Hannah Senesh made the ultimate sacrifice – having already escaped Nazi-occupied Europe for Palestine and freedom, she returned, parachuting in behind enemy lines in a valiant effort to save Hungary’s Jews from deportation to Auschwitz and certain death. Captured immediately upon crossing the border into Hungary, Hannah was tortured and…