S. Pearl Sharp’s documentary, The Healing Passage/Voices From The Water (2004), addresses healing from the present-day residuals of the Trans-Atlantic slave trade through the work of cultural artists. Ten years in the making, it garnered seven festival awards. Other films include the semi-animated 16mm short Picking Tribes, with watercolors by artist Carlos Spivey; Life Is A Saxophone, on poet Kamau Daa'ood; a controversial women's health video, It's O.K. To Peek, produced with Arabella Chavers-Julien; and Back Inside Herself, a poetic short. She wrote and directed numerous arts documentaries for the City of Los Angeles' CH 35, with Exec. Producer Rosie Lee Hooks, including Central Avenue Live!, L.A. to L.A., Spirits of the Ancestors and Fertile Ground: Stories From the Watts Towers Arts Center. She served as Supervising Producer for five short videos addressing gang violence, sponsored by the Black Hollywood Education and Resource Center (BHERC).

S. Pearl’s commentaries and essays are heard on NPR radio. Her published literary works include Black Women For Beginners, the plays Dearly Beloved and The Sistuhs, short stories, four volumes of poetry and two poetry w/jazz CDs, Higher Ground and On The Sharp Side. She worked with esteemed actress Beah Richards on There's A Brown Girl In The Ring, a collection of the actress' essays, later adapting them to stage. 6/08 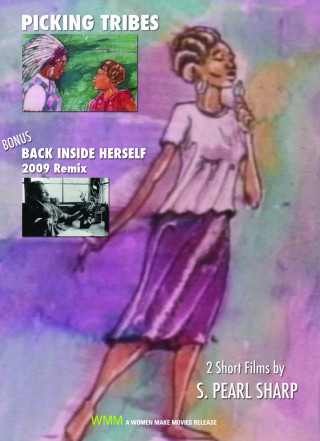 “In a heartfelt, and often hilarious, attempt to be more than ‘ordinary,’ a girl growing up in the 1940s tries to choose between her African-American and Native-American heritages. It is only when her beloved grandfather dies that she is able to reconcile the power of both her heritages and realizes her own uniqueness." -Moving Pictures…