Sande Zeig has been actively working in the independent film business for over thirty-five years in both production and distribution.

She directed and produced six films, including the short Central Park, which premiered at the Sundance Film Festival in 1994; a feature The Girl, based on a short story by French writer Monique Wittig, in 2001, which premiered at the Toronto and Berlin Film Festivals; the documentary Soul Masters: Dr. Guo & Dr. Sha, 2008; Apache 8, a documentary about the first all-women wildland firefighting crew from the White Mountain Apache Tribe, broadcast widely on PBS in 2011; Sister Jaguar’s Journey, completed in 2015, which tells the story of a Dominican nun who finds peace and forgiveness through plant medicine in the Amazon rainforest, and The Living Saint of Thailand, a short film about Venerable Mae Chee Sansanee Sthirasuta, completed in 2019.

Zeig was the Founder and President of Artistic License Films, a film distribution company that distributed over a hundred films, including films by Ismail Merchant, Michel Negroponte, Jim Stark, Kore-eda Hirakazu and DA Pennebaker.

Zeig is developing a documentary on Monique Wittig, her partner, with whom she collaborated on a book, screenplays and plays. (1/21) 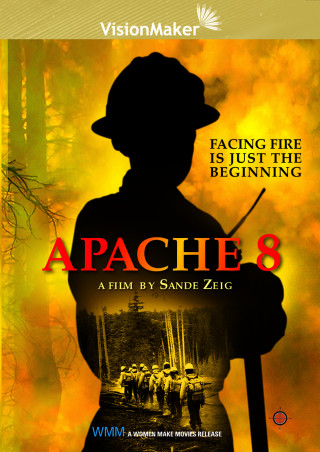 For 30 years, the all-female Apache 8 unit has protected their reservation from fire and also responded to wildfires around the nation. This group of firefighters, which recently became co-ed, soon earned the reputation of being fierce, loyal and dependable—and tougher than their male colleagues. Facing gender stereotypes and the problems that come with life…