Sonali Gulati is an independent filmmaker, a feminist, grass-roots activist, and an educator. She is an Associate Professor at Virginia Commonwealth University's Department of Photography & Film. She has an MFA in Film & Media Arts from Temple University and a BA in Critical Social Thought from Mount Holyoke College. Ms. Gulati grew up in New Delhi, India and has made several short films that have screened at over three hundred film festivals worldwide.

Her films have screened at venues such as the Hirshhorn Museum, the Museum of Fine Arts in Boston and the National Museum of Women in the Arts, and at film festivals such as the Margaret Mead Film Festival, the Black Maria Film Festival and the Slamdance Film Festival. Gulati's award-winning documentary, NALINI BY DAY, NANCY BY NIGHT was broadcast on television in the U.S., Canada, Europe, Australia, New Zealand, The Middle East, South Asia and North Africa.

Her most recent film I AM has won 12 awards and continues to exhibit extensively in the film festival circuit. Gulati has won awards, grants, and fellowships from the Third Wave Foundation, World Studio Foundation, the Robert Giard Memorial Fellowship, the Virginia Museum of Fine Arts Fellowship, the Theresa Pollak Prize for Excellence in the Arts, the Center for Asian American Media (CAAM), VCU School of the Arts Faculty Award of Excellence and most recently a grant from the Creative Capital Foundation. (8/14) 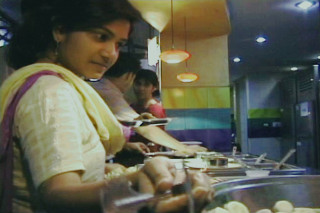 In this insightful documentary, filmmaker Sonali Gulati explores complex issues of globalization, capitalism and identity through a witty and personal account of her journey into India’s call centers. Gulati, herself an Indian immigrant living in the US, explores the fascinating ramifications of outsourcing telephone service jobs to India—including how native telemarketers take on Western names…