Tammy Chu Tolle is a producer and director for film and television. She directed and produced the award-winning documentaries, Searching for Go-hyang (PBS, 2000) and Resilience (Busan International Film Festival, 2009). She was also an Associate Producer for the award-winning documentary Behind Forgotten Eyes, narrated by Yunjin Kim (2010) and Producer for Play Money (2017). For Discovery Channel Networks-Asia Pacific, she produced and directed Smart City Seoul (2012), and served as the Supervising Producer for First Time Filmmakers: Korea (2013) and First Time Filmmakers: Japan (2015). She also produced Sarah (feat. Hunz, 2017), a music video for Futurecop and New Retro Wave. An Associate Producer for Herzog and Company, Tammy worked with them on The National Comedy Center project (2018), and is currently on an eleven-part documentary series for ESPN Films, College Football 150: The American Game (2019). (7/19) 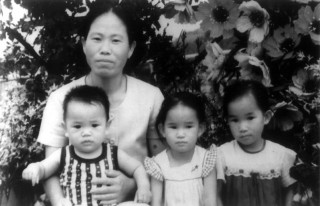 A moving personal documentary, SEARCHING FOR GO-HYANG traces the return of twin sisters to their native Korea after a fourteen year absence. Sent away by their parents for the promise of a better life in the US, they instead suffered mental and physical abuse by their adoptive parents, including the erasure of their cultural heritage…