Dr. Ziba Mir-Hosseini is a legal anthropologist, specializing in Islamic law, gender and development. She has a BA in Sociology from Tehran University (1974) and a PhD in Social Anthropology from University of Cambridge (1980). She is Professorial Research Associate at the Centre for Middle Eastern and Islamic Law, University of London. She has held numerous research fellowships and visiting professorships, including a Fellowship at the Wissenschaftskolleg zu Berlin (2004-5), and Hauser Global Law Visiting Professor at New York University (2002-8). Dr. Mir-Hosseini is a founding member of Musawah Global Movement for Equality and Justice in the Muslim Family.

Her publications include Marriage on Trial: A Study of Islamic Family Law in Iran and Morocco (I. B. Tauris, 1993, 2002), Islam and Gender: The Religious Debate in Contemporary Iran (Princeton University Press, 1999), (with Richard Tapper) Islam and Democracy in Iran: Eshkevari and the Quest for Reform (I. B. Tauris, 2006), and (with Vanja Hamzic) Control and Sexuality: the Revival of Zina Laws in Muslim Contexts (Women Living Under Muslim Laws, 2010). She has also directed (with Kim Longinotto) two award-winning feature-length documentary films on contemporary issues in Iran: DIVORCE IRANIAN STYLE (1998) and RUNAWAY (2001). (8/14) 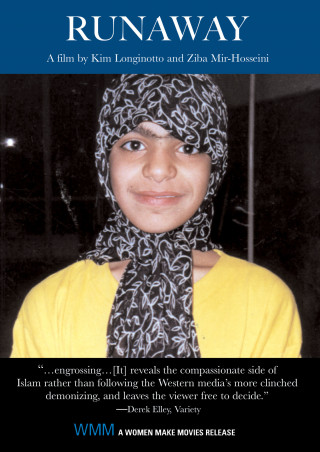 “RUNAWAY is a powerful and heart-breaking documentary about a group of young runaway girls who are taken to a women's shelter in Tehran, Iran. The film focuses on the sufferings of young girls who struggle to free themselves from the tyrannical and abusive power of their families, mainly their fathers, brothers, and stepfathers. The sisterly…

END_OF_DOCUMENT_TOKEN_TO_BE_REPLACED 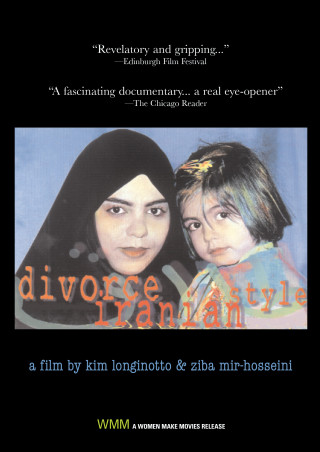 Hilarious, tragic, stirring, this fly-on-the-wall look at several weeks in an Iranian divorce court provides a unique window into the intimate circumstances of Iranian women’s lives. Following Jamileh, whose husband beats her; Ziba, a 16-year-old trying to divorce her 38-year-old husband; and Maryam, who is desperately fighting to gain custody of her daughters, this deadpan…