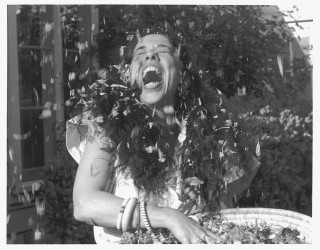 A film by Allie Light

"I was always so afraid that someone would ask me (where I was when JFK was shot), and I would have to say I was in a mental institution", says director Allie Light. This moving and informative film features seven women--including the filmmaker--describing their experiences with manic depression, multiple personalities, schizophrenia, euphoria and recovery. Candid interviews are enriched with dramatic reenactments and visualizations of each woman's history, emotions, and dreams--the private symbols of madness and sanity. The social dimensions of women and mental illness are revealed in testimony about sexual assault, incest, racism and homophobia, the abuses of the medical establishment, family, and church. Acknowledging that "madness" is often a way of explaining women's self-expression, this film charges us to listen to the creativity and courage of survivors. Produced by the Academy Award winning filmmakers of IN THE SHADOWS OF THE STARS, DIALOGUES WITH MADWOMEN is a ground-breaking film about women and mental illness.

"Important, affecting...fascinating in the way it challenges us to see these women on their own terms and simultaneously question our notions of 'normal' behavior."

"Poignant and moving, a candid documentary about women and mental illness."