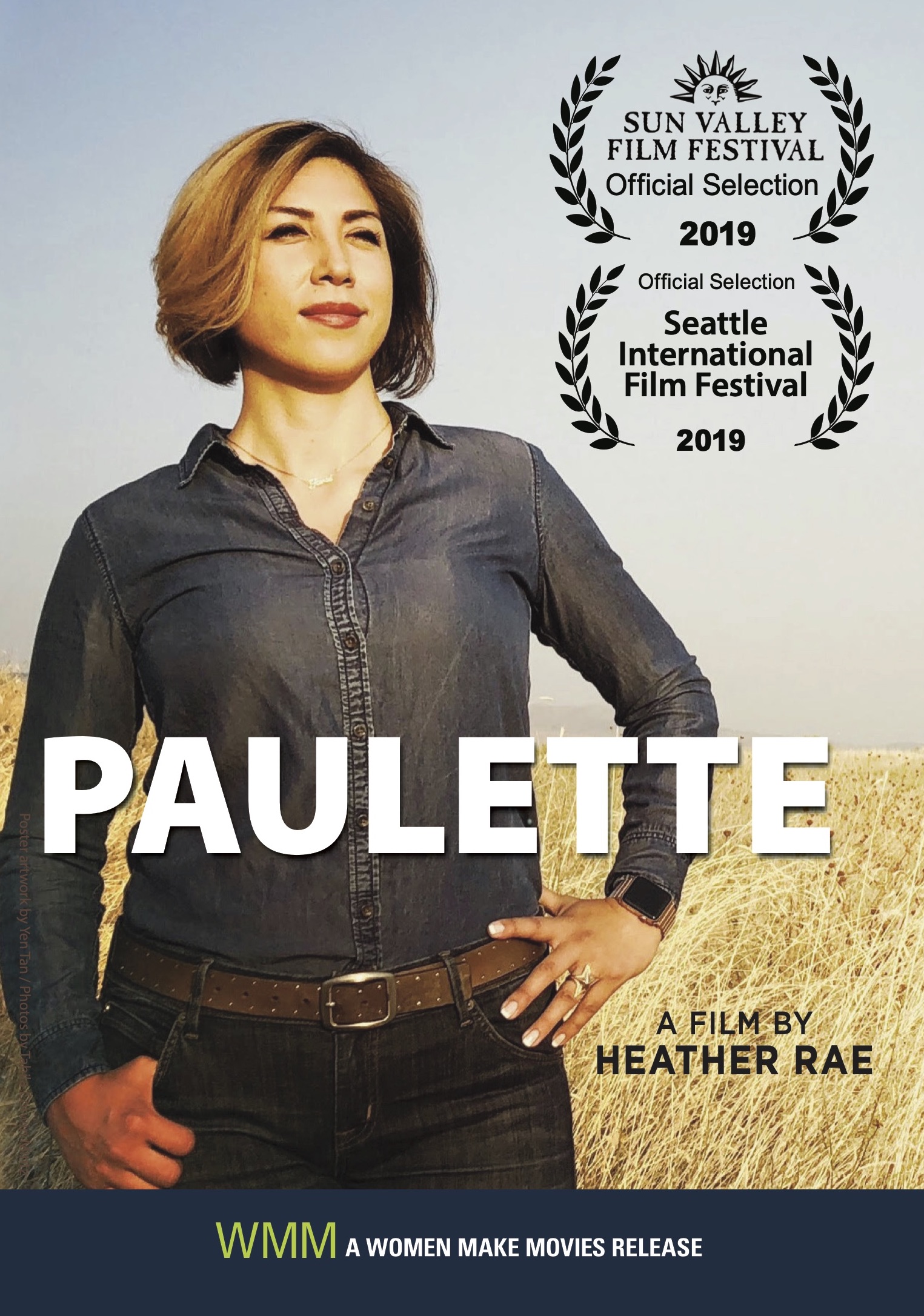 A film by Heather Rae

PAULETTE follows the historic campaign of Paulette Jordan, the first Native American candidate – as well as the first woman -- to win the Idaho Primary for Governor.

PAULETTE is an inspiring short film that follows the historic campaign of the first Native American candidate -- as well as the first woman -- to win the Idaho Primary for Governor.

Coeur d’Alene tribal member Paulette Jordan comes from a long line of ancestral leadership deeply connected to the land of Idaho. The single mother of two ran for Governor in 2018, winning the Democratic Primary by a landslide. A victory in November would have made her the first woman to serve as governor in the state -- and would have marked the first time in U.S. history that a Native American has held the governorship of any state.

Despite a hard-hitting loss in the general election to a conservative Republican male opponent, Jordan’s groundbreaking bid for Governor represented a growing movement for Native people, people of color, and women fighting to have a voice and visibility in American politics. Forging ahead and staying true to her path as an Indigenous leader, Paulette Jordan is currently campaigning for a seat in the U.S. Senate and won Idaho’s Democratic primary in June 2020.

"Jordan battled gracefully throughout the campaign, activating a new kind of hope for the people of Idaho who now find themselves yearning for a new type of leadership."

Heather Rae (Cherokee) is a veteran filmmaker from a high-mountain upbringing and a radical orientation. She produced and directed the acclaimed documentary Trudell, which tells the story of Native American movement leader and poet, John Trudell; produced and directed feature documentary and Showtime Premiere First Circle, about the foster care system in the American west; and produced Frozen River for which she won the Paiget Producer Award. Frozen River won the Grand Jury Prize at the Sundance Film Festival and was nominated for two Academy Awards, as well as nine Gotham and Spirit Awards. In addition, Rae has produced such feature films as Sundance premiere The Dry Land starring America Ferrera, feminist comedy Ass Backwards, Bull (2019 Cannes Film Festival), I Believe in Unicorns from writer/director Leah Meyerhoff, and Netflix Originals Tallulah starring Ellen Page and Allison Janney and Dude from Blacklist script by Olivia Milch. Formerly Rae ran the Native Program at the Sundance Institute and was a programmer at the Sundance Film Festival. She has an overall deal at Amazon Studios and is producing such shows as Outer Range, starring Josh Brolin. As a speaker and social critic, Rae is working with both her settler and indigenous heritage to deepen the dialogue of reconciliation and responsibility in the Americas. She was recently named one of Variety’s Ten Producers to Watch. (09/20)

WITHOUT A WHISPER - KONNON:KWE is the untold story of the profound influence of Indigenous women on the beginning of the women’s rights movement in the United States.
Learn more

Native American survivors of sexual assault fight to restore personal and tribal sovereignty against the backdrop of an ongoing legacy of violent colonization.
Learn more

COUNCILWOMAN follows the first term of Rhode Island Councilwoman Carmen Castillo as she balances her day job as a hotel housekeeper with the demands of public office.
Learn more

WOMEN ORGANIZE! is an inspirational, half hour film that portrays women organizers across the U.S. who are involved in the global struggles for racial, social, and economic justice. In this film, we meet five women organizers of various backgrounds, peek at the campaigns they wage, and watch as they begin to pick up the tools to document their own transformative work. From working with high schools girls in a low-income neighborhood in Oregon to speaking out for Black lesbians and gays against homophobia or working with Asian immigrant women factory workers in California for decent working conditions, WOMEN ORGANIZE is an important film that should be used in women’s and ethnic studies classes and community based organizations.
Learn more

This compelling documentary takes an in-depth look at the 1972 presidential campaign of Shirley Chisholm, the first black woman elected to Congress and the first to seek nomination for the highest office in the land.
Learn more
Shopping Cart