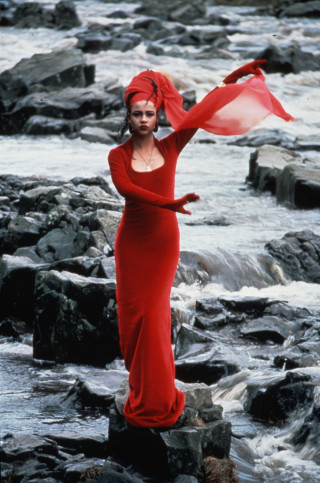 This bold, stunning exploration of a white mother who undergoes a radical mastectomy and her Black daughter who embarks on a modeling career reveals the profound effects of body image and the strain of racial and sexual identity on their charged, intensely loving bond. At the heart of Onwurah’s brave excursion into her mother’s scorned sexuality is a provocative interweaving of memory and fantasy. The filmmaker plumbs the depths of maternal strength and daughterly devotion in an unforgettable tribute starring her real-life mother, Madge Onwurah.

“As cathartic as it is transgressive.”

This lyrical, unsettling film conveys the experience of children of mixed racial heritage. Suffering the aggression of racial harassment, a young girl and her brother attempt to wash their skin white with scouring powder. Starkly emotional and visually compelling, this semi-autobiographical testimony to the profound internalized effects of racism and the struggle for self-definition and pride is a powerful catalyst for discussion.
Learn more

The Desired Number is only available as part of a series "Women's Lives and Choices." View series.
Learn more

This fascinating documentary, by the filmmaker of THE BODY BEAUTIFUL, follows two young Nigerian women’s different experiences of a traditional rite of passage. Young virgins, irabo, spend five weeks in “fattening rooms”, emerging to dance before the villagers and to be married. The girls wear heavy copper coils on their legs to enforce inactivity as they are waited on and honored by their families. One of the young village women, Florence, is keen to take part. But Akisiye, who returns from the city at her father’s behest, is not certain she wants to. Combining voice-over and interviews, MONDAY'S GIRLS documents tradition, modernity, dissent and contradiction in African women’s lives.
Learn more