Award-winning filmmaker, writer and political activist Lilly Rivlin lives in New York City. Rivlin was born in Jerusalem and immigrated to the United States with her family in 1945. She did her graduate degree in Political Science at U of C, Berkeley. Before focusing on documentaries, she was a journalist, and foundation consultant on the Middle East and women.

Most recently Rivlin was selected as the 2013-14 recipient of the annual Miller Distinguished Jewish Woman Filmmaker Award.The ‘personal is political’ is expressed in the documentaries she produced, directed and wrote: her latest is ESTHER BRONER: A WEAVE OF WOMEN,( (2013) and before that the award winning film, GRACE PALEY: COLLECTED SHORTS, (2010); CAN YOU HEAR ME? ISRAELI AND PALESTINIAN WOMEN FIGHT FOR PEACE (2006); GIMME A KISS (2000); MIRIAM'S DAUGHTERS NOW, aired on PBS and Israel TV (1986); THE TRIBE, CUNY TV (1983).

Ms. Rivlin's articles were published in Newsweek, MS Magazine, The Washington Post, Lear’s and US Magazine. Other publications include Welcome to Israel, with Gila Gevirtz, (2000); Which Lilith? : Feminist Writers Recreate the World's First Woman, co-edited with Enid Dame and Henny Wenkart (1998); concept and photographs for When Will the Fighting Stop? A Child’s View of Jerusalem (1990).
(3/14) 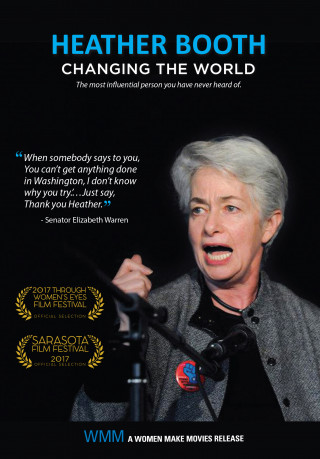 Renowned organizer and activist Heather Booth began her remarkable career at the height of the Civil Rights movement. Through her life and work, this inspiring film explores many of the pivotal moments in progressive movements that altered our history over the last fifty years, from her involvement with Fannie Lou Hamer and the Freedom Summer…

END_OF_DOCUMENT_TOKEN_TO_BE_REPLACED 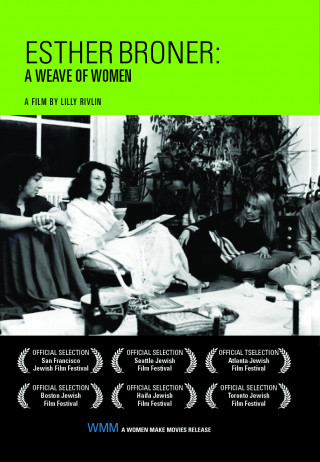 Prolific writer, passionate activist, dedicated scholar and pioneering feminist, Esther Broner infused second wave feminism with a distinctive Jewish voice. In the mid-1970s, as the women’s movement was vastly changing views on gender and equality, Broner created a radical new Haggadah (the text for the Passover service seder) that preserved but reimagined Jewish rituals and…