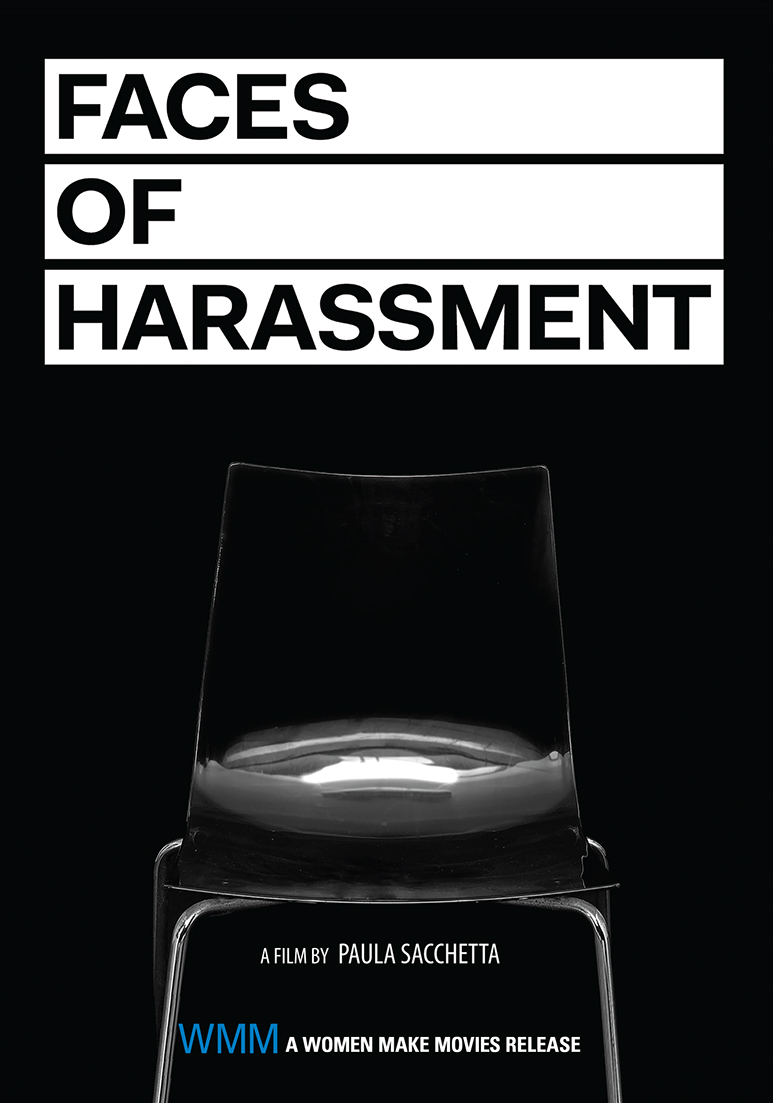 A film by Paula Sacchetta

FACES OF HARASSMENT is an experiment in storytelling about trauma. When the hashtag #MyFirstHarassment swept across Brazil, it showed not only the widespread experience of sexual harassment and assault, but a widespread hunger to bring it out of the shadows. FACES OF HARASSMENT amplifies this movement, by opening space for women to speak their own truth. The film was shot in a mobile storytelling van, parked in rich and poor neighborhoods alike across São Paulo and Rio de Janeiro and open to any woman. The van was a free, autonomous space, where women spoke to the camera directly, no interviewer or other influence present. FACES OF HARASSMENT offers an honest and unflinching look at the scourge of sexual harassment and assault - and at the radical possibilities for dignity and healing that can happen when women are free to speak completely for themselves.

In 2017, Paula directed along with André Bomfim the TV series "Families," about LGBT youth in the outskirts of São Paulo, a mini-doc about "Cracolândia" for the English newspaper The Guardian and a series of video reports for Hysteria, a website of video and other content made by and for women.

Paula directed the documentary "Truth 12.528" on the National Truth Commission, launched in 2013 at the 37th São Paulo International Film Festival, which also ran in various Brazilian and international festivals such as Cinema Vérité (Iran) and International Festival of Political Films (Buenos Aires, Argentina), among many others. Specialized in human rights issues, she won the Vladimir Herzog Prize for Amnesty and Human Rights in 2012 and covered the first Egyptian presidential elections in Cairo for TV Folha.
She also launched in 2014 "The more prisoners, the greater the profit", short documentary about the arrival of the private penitentiaries to Brazil, awarded in the 31st Human Rights Journalism Award. (12/17)

Life After Manson is an intimate portrait of one of the world’s most infamous crimes and notorious killers. At 21 years old, Patricia Krenwinkel callously murdered three people at the command of Charles Manson. Now 66 years old, she continues to be demonized by the public and haunted by the suffering she caused over four decades ago. Through an exclusive interview with and never before seen footage of Krenwinkel, filmmaker Olivia Klaus (SIN BY SILENCE), frames a historically irreconcilable story through a complex emotional lens, offering insight into what led a suburban girl to commit crimes the world will never forget. A provocative and powerful character study, LIFE AFTER MANSON reveals a broken woman struggling with her past, her arduous effort to evaluate the cost of her choices, and the possibility of self-forgiveness.
Learn more

A deeply personal documentary, UNAFRAID gives voice to four, diverse rape survivors and takes a historic look back at the pioneering treatment center where they now receive counseling. In her directorial debut, Karin Venegas highlights the work of two unsung feminist heroes in the movement for victims’ rights at the height of 1970s feminism and the Women’s Movement. From breaking victims’ silence to the revolutionary invention of the rape kit, this powerful film intimately explores the impact of rape and the capacity of ordinary individuals to effect change. Although frequently referenced in popular culture, few audiences know of the rape kit’s feminist origins. UNAFRAID is the first film to address the grassroots genesis of this important tool, which not only made it easier to convict in the criminal justice system but which helped shape our very cultural acceptance of rape as a serious crime, worthy of prosecution and compassionate treatment. Together, UNAFRAID’s collage of voices aims to lift the stigma that traps victims in silence – and to remind its audience that social change is indeed possible. Essential viewing for Criminal Justice, Law and Women’s Studies Classrooms.
Learn more

Every day, 5 million children in the U.S. either witness or are victims of domestic violence.
Learn more

Three Muslim women share their stories of sexual assault—and, in a deeply personal way, they challenge the stigma that has long suppressed the voice of survivors.
Learn more

Two teenage cousins in Argentina come of age together, overcoming the heinous acts of violence that interrupted their childhoods.
Learn more
Shopping Cart