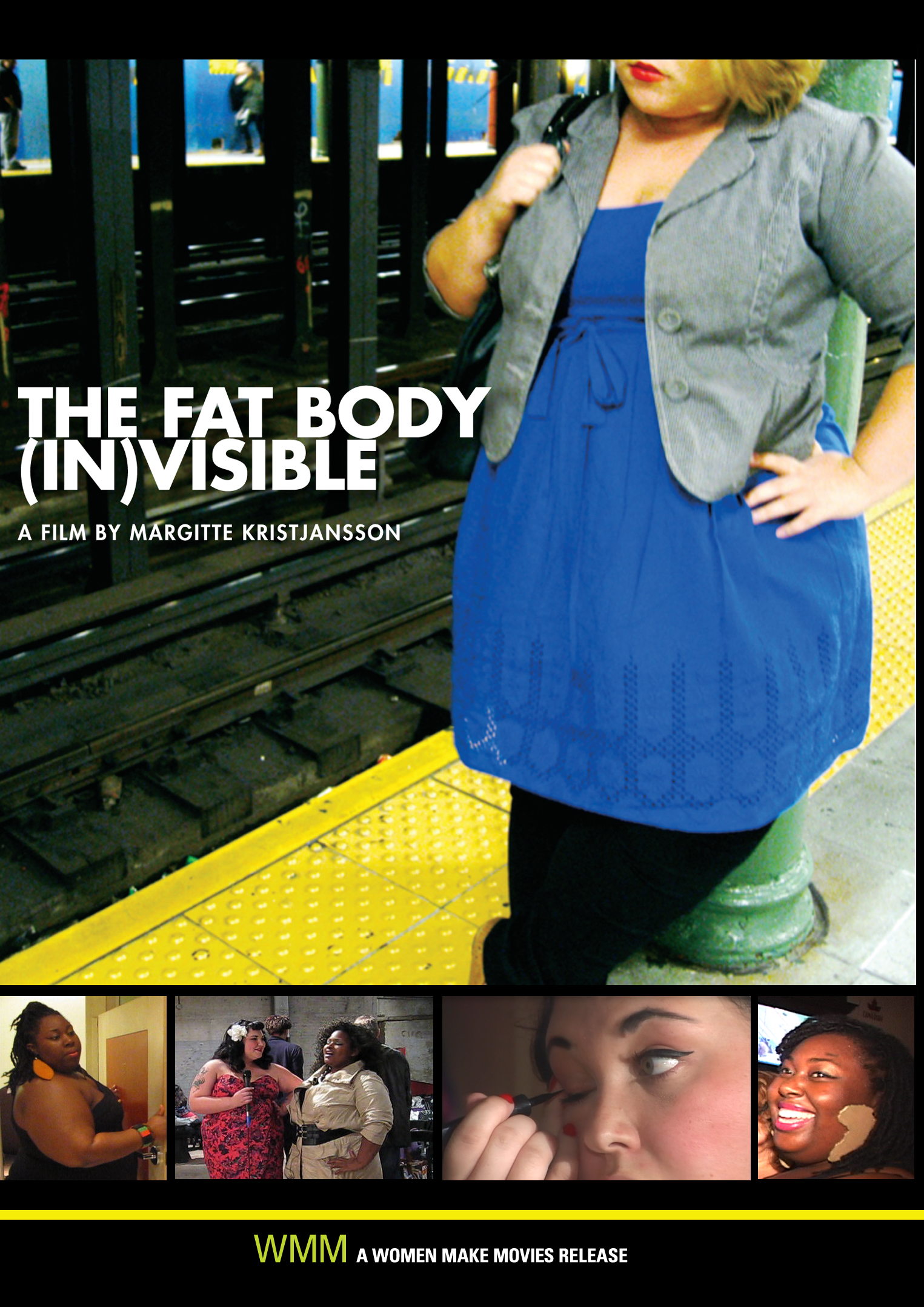 A film by Margitte Kristjansson

"While I have all the confidence in the world, I’m told every day that my body is revolting." Jessica turns heads in the street—for both her striking fashion, and larger than average body. She has learned to ignore the frequent insults which come her way, but it has not been an easy journey. Keena is the heaviest she has ever been—and the happiest. Confident and attractive, she decided long ago that dieting is not for her. Keena and Jessica—and filmmaker Margitte Kristjansson—are body acceptance activists, working to celebrate body diversity and the right to be happy whatever your body size. Brought together by social media, they use the blogosphere strategically to make their bodies visible in a world that still thinks that fat women should hide away. In this insightful short documentary, Keena and Jessica speak candidly about growing up overweight, and the size discrimination they have faced. Their stories detail the intricacies of identity and the intersection of race and gender with fatness— and how social media has helped this community enact visibility on their own terms.

“Keena and Jessica share their experiences of people judging their mere existence just because they're fat, becoming empowered through fashion, the intersection of race and fatness, and finding community.”

“The Fat Body (In)Visible is a compelling look at the world of fat acceptance and what it’s like to be a fat woman in America today.”

“…the fat body is a livable body, a "body that matters," and a body that should be made visibly vibrant, as Margitte accomplishes in this thought-provoking film."

“…this documentary invokes provocative questions about the political possibilities of fat activists reclaiming the right to make fat bodies visible on their own terms."

Margitte Leah Kristjansson is a fat activist and a communication PhD student at UCSD whose work is situated within the field of fat studies. She blogs about all things fat at margitteleah.com and riotsnotdiets.tumblr.com

An eye-opening look at how popular media perpetuates fat hatred that results in cultural bias and discrimination.
Learn more

Julie Wyman’s ebullient experimental documentary intertwines the story of the Padded Lilies, a troupe of fat synchronized swimmers, Archimedes, the Greek mathematician obsessed with floating bodies, and the inventor of the “Drystroke Swimulator” to investigate, proclaim and celebrate the fact that fat floats! As the Padded Lillies prepare for their appearance on "The Tonight Show with Jay Leno", BUOYANT follows their rigorous training and strategizing as they promote their message of body-acceptance, fat-empowerment, and fitness at any size. A school-marmish voiceover moves on to tell the story of Archimedes, classical Greek mathematician and discoverer of pi, as he tackles one of his more difficult problems: how to measure the volume of an irregularly shaped object. The final vignette, performed by Wyman herself, captures the trials and tribulations of the inventor at work on the “Drystroke Swimulator” (patent pending) -- a contraption designed to allow its user to swim outside of water. Giddy and irreverent, moving fluidly between color and black and white, video and film, handheld and locked-down camera styles, Buoyant draws attention to its own surface and leaves us with the exuberant possibility of a fat body that literally and culturally rises, like cream, to the top.
Learn more

From Emmy®-nominated IN THE FAMILY filmmaker Joanna Rudnick and Chicago’s Kartemquin Films comes a story about challenging norms and redefining beauty. ON BEAUTY follows fashion photographer Rick Guidotti, who left the fashion world when he grew frustrated with having to work within the restrictive parameters of the industry’s standard of beauty. After a chance encounter with a young woman who had the genetic condition albinism, Rick re-focused his lens on those too often relegated to the shadows to change the way we see and experience beauty. At the center of ON BEAUTY are two of Rick's photo subjects: Sarah and Jayne. In eighth grade Sarah left public school because she was bullied so harshly for the birthmark on her face and brain. Jayne lives with albinism in Eastern Africa where society is blind to her unique health and safety needs and where witch doctors hunt people with her condition to sell their body parts. We follow Rick as he uses his lens to challenge convention and media’s narrow scope of with the help of two extraordinary women.
Learn more

There are more Barbie Dolls* in the U.S. than human beings. Barbie was fashioned after a German prostitute doll named "Lilli." These are just two of the many Barbie facts revealed in this hilarious documentary on the Barbie phenomenon. Interviews with adoring fans as well as culturally diverse critics of Barbie's unrealistic body image for women, express feelings, both pro and con, about the 6-ounces of plastic that became a national icon.
Learn more

Your Name in Cellulite

A wickedly funny satire about the disparity between a woman's natural beauty and the ideal promoted by the mega-billion dollar advertising industry, this animated film shows us how far we will go to change the shape of our bodies to meet the demands of an impossible image. But the picture-perfect exterior can be maintained by our heroine only if she restrains her body's natural spontaneity. YOUR NAME IN CELLULITE visually ponders at what point the body will say "Enough is enough!" and take matters into its own hands.
Learn more
Shopping Cart