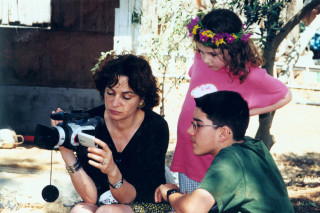 In October 2000, as the second Palestinian Intifada erupts, Israeli filmmaker Michal Aviad begins an exploration about both the moral and mundane dilemmas she faces every day in Tel Aviv. What begins with deceptive simplicity-a tender scene of sending the children off to school-quickly becomes a profound study of vulnerability and anxiety. Small acts like…

END_OF_DOCUMENT_TOKEN_TO_BE_REPLACED 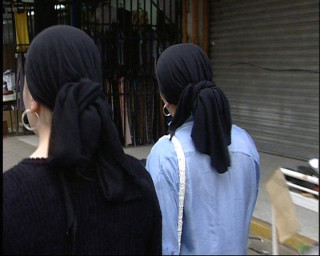 A timely and powerful look at the ideological, cultural and political conflicts in contemporary Israel, this highly original documentary profiles three seemingly disparate women residing in the town of Ramleh. Located in the heartland of the Israel, this former Palestinian territory serves as a microcosm of the beliefs, biases and conflicts of women living in…

END_OF_DOCUMENT_TOKEN_TO_BE_REPLACED 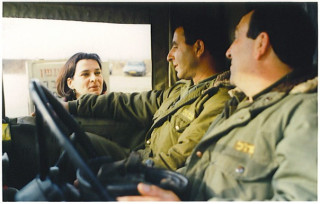 Israeli filmmaker Michal Aviad provides a woman's take on how national culture is informed by male identity through the military experience that bonds her country's Jewish men. EVER SHOT ANYONE? documents Aviad's attempt to infiltrate the world of army reservists during their annual tour of duty on the Golan Heights. Gradually, but not without suspicion…

END_OF_DOCUMENT_TOKEN_TO_BE_REPLACED 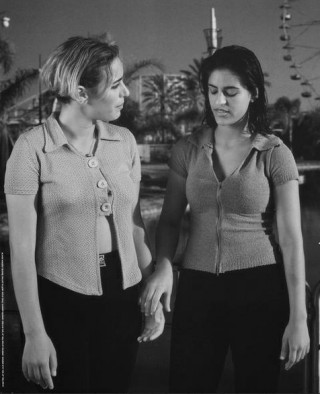 This moving, closely observed portrait of adolescence documents one summer in the lives of two 17 year old cousins named Jenny. As North African Jewish immigrants living on Israel's working class Mediterranean coast, the girls' changing environment provides a fascinating window into a culture both religious and secular. In struggling towards self-definition, their experiences embody…

END_OF_DOCUMENT_TOKEN_TO_BE_REPLACED 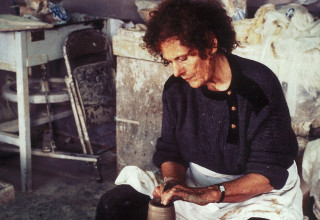 An invigorating antidote for American culture's one-dimensional image of older women, this classic film offers empowering insights about women and aging for every generation. Personal portraits of six ordinary women in their 60's and 70's who share their lives. In candid interviews that tackle a range of thought-provoking topics, including self-image, sexuality, financial concerns, dying,…

END_OF_DOCUMENT_TOKEN_TO_BE_REPLACED 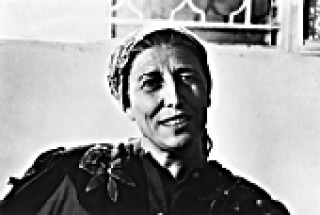 THE WOMEN NEXT DOOR is a thoughtful and emotive documentary about women in the Palestinian-Israeli conflict. Israeli director Michal Aviad was living in the United States when the Intifada broke out in the West Bank and Gaza. Filled with questions about how the Occupation affected women on both sides of the conflict she set off…