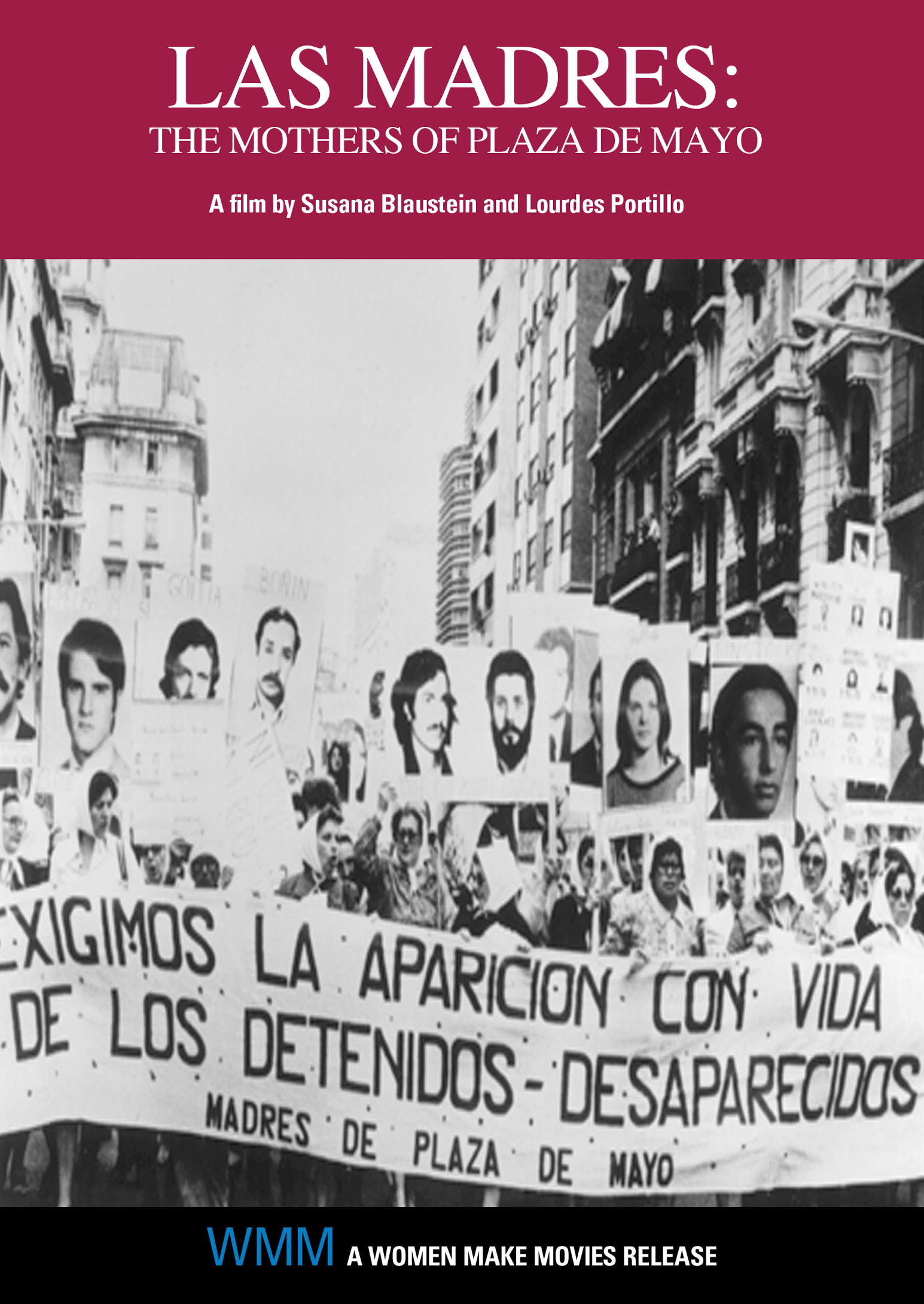 A film by Susana Blaustein and Lourdes Portillo

This Academy award-nominated documentary about the Argentinian mothers’ movement to demand to know the fate of 30,000 “disappeared” sons and daughters remains as extraordinarily powerful as when it was first released. As well as giving an understanding of Argentinian history in the ‘70s and ‘80s, LAS MADRES shows the empowerment of women in a society where women are expected to be silent. LAS MADRES provides a banner of hope in the international struggle for human rights.

“A testimony to the most primal feminist power—the moral authority of motherhood…The miracle of the film is that it doesn’t merely leave you with sorrow or outrage, but with humanistic fervor.”

Susana Blaustein has been working in film since 1980. She is best known for her Academy Award nominated film LAS MADRES: THE MOTHERS OF PLAZA DE MAYO, co-directed and produced with Lourdes Portillo, about the courageous struggle of Argentine women seeking to find their "disappeared" sons and daughters. She also directed the award winning film LA OFRENDA: THE DAYS OF THE DEAD about the Mexican holiday celebrating and honoring the dead, SUSANA, about growing up in a conservative and repressive environment and MY HOME, MY PRISON, based on the autobiography of Palestinian journalist Raymonda Tawil. (01/20)

Hundreds of children disappeared without a trace during the Salvadoran civil war. Many were survivors of massacres carried out by the U.S.-trained Salvadoran army. Taken away from the massacre sites by soldiers, some grew up in orphanages or were "sold" into adoption abroad, not knowing their true history or identity. The film follows Margarita Zamora, an investigator with human rights organization Pro-Búsqueda as she traverses the Salvadoran countryside probing memory, swabbing DNA samples, and searching for disappeared children - including her own four siblings. In the United States, Jamie Harvey, adopted from El Salvador in 1980, dreams of locating her birth family; but with no information, no contacts and no access to the Salvadoran military war archives, she is losing hope. CHILDREN OF MEMORY weaves together separate yet intertwined journeys in the search for family, identity and justice in El Salvador.
Learn more

Abuelas: Grandmothers on a Mission

In 1985, the Academy Award® nominated film LAS MADRES: THE MOTHERS OF PLAZA DE MAYO profiled the Argentinian mothers’ movement to demand to know the fate of 30,000 “disappeared” sons and daughters. Now three decades later, Argentina’s courageous Grandmothers, or “Abuelas”, have been searching for their grandchildren: the children of their sons and daughters who disappeared during Argentina’s “dirty war.” The women in ABUELAS are seeking answers about their children that nobody else will give — answers about a generation that survived, but were kidnapped and relocated to families linked with the regime that murdered their parents. Argentine filmmaker Noemi Weis beautifully documents the grandmothers’ painstaking work and its results - dramatic, inspiring and sometimes controversial - as the women make contact with grandchildren who have grown up living lies created by their adoptive parents. Their tireless work continues today: the justice they are seeking for their children’s murder, their drive to find their grandchildren, and their international status speaking out for family reunification.
Learn more

More than 20,000 people disappeared in Mexico during the horrifically violent war on drugs waged by former President Calderon. With each missing person, a family is left behind in a desperate search to get answers from a government that is suspiciously ambivalent. Putting a human face on the most harrowing of statistics, director Alicia Calderon courageously captures the stories of three mothers - Natividad, Guadalupe, and Margarita - as they search for their children who have gone missing. One mother constantly retraces the last steps of her son, combing empty fields for his body; another travels all the way to Washington, DC, to plead for US intervention; and the last simply tries to forget the emptiness and raise her now-motherless grandson. In one of the most powerful documentaries about the human casualties of the Mexican narco-wars, these women’s stories are among the many that stand for truth and justice for the 26,000 missing people in Mexico today. With their lives now completely devoted to seeking out the truth, they pursue any avenue possible, in the face of an indifferent government which considers their loved ones to be "collateral casualties" of the drug war.
Learn more
Shopping Cart