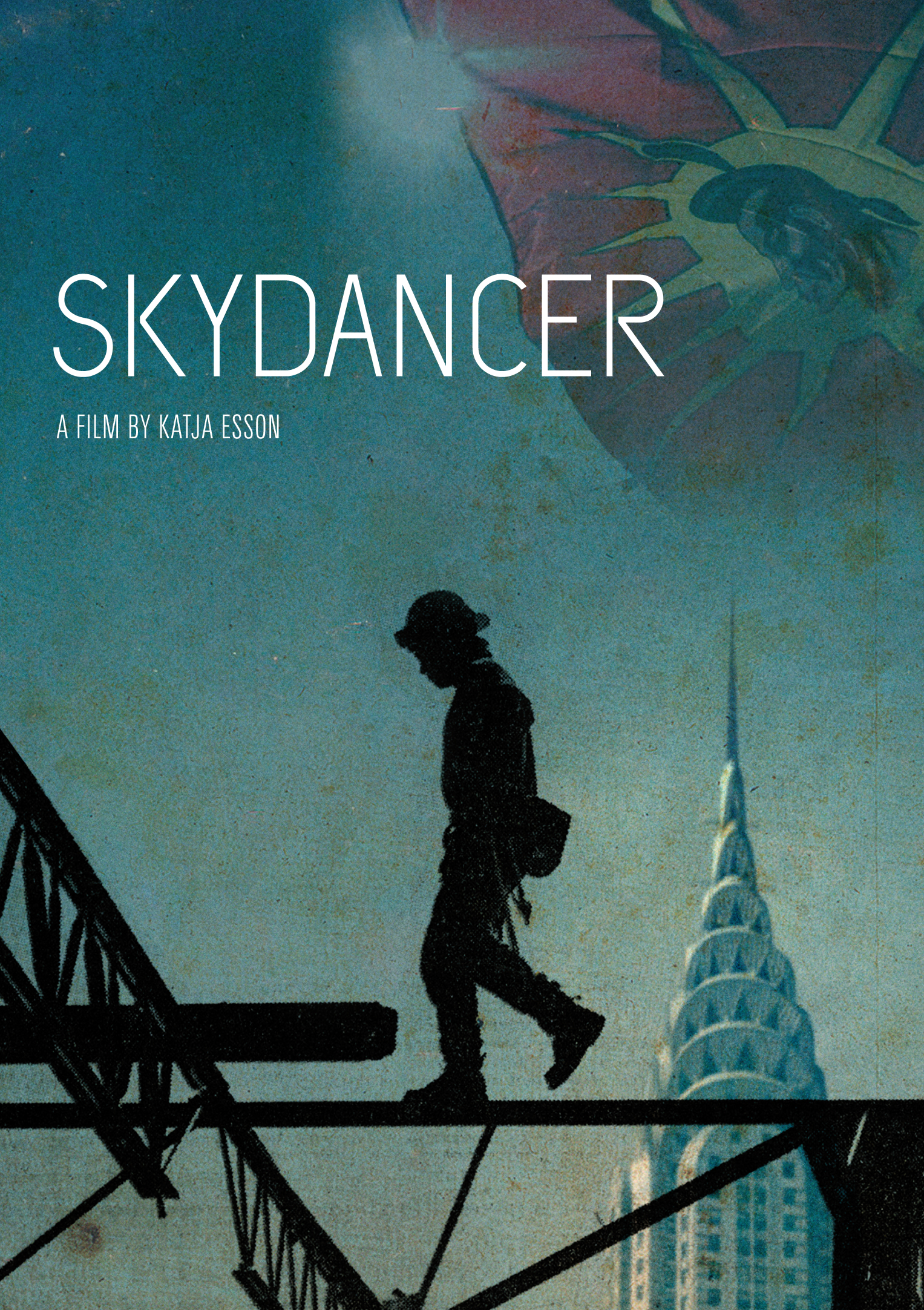 A film by Katja Esson

Renowned for their balance and skill, six generations of Mohawk men have been leaving their families behind on the reservation to travel to New York City, to work on some of the biggest construction jobs in the world. Jerry McDonald Thundercloud and his colleague Sky shuttle between the hard drinking Brooklyn lodging houses they call home during the week and their rural reservation, a gruelling drive six hours north, where a family weekend awaits. Their wives are only too familiar with the sacrifices that their jobs have upon family life. While the men are away working, the women often struggle to keep their children away from the illegal temptations of this economically deprived area. Through archival documents and interviews, Academy Award®-nominated director Katja Esson (FERRY TALES, LATCHING ON) explores the colorful and at times tragic history of the Mohawk skywalkers, bringing us a nuanced portrait of modern Native American life and a visually stunning story of double lives.

“Paints a fine portrait of the courage and conflicts of both the men who travel far from home to build skyscrapers in the bustling city, and of their families back on the Reservation who deal with their absences. This is a poignant and subtle film that shines a tender light upon contemporary Akwesasne Mohawk life…”

"Insightful, retrospective, and balanced. A strong account of the Mohawk who SKYWALK and the personal toll on their family and community. Highly recommended."

"Skydancer is a poignant film that captures the grit, pride, and sacrifice associated with a profession that has become a time-honored tradition for many Iroquois. … By revealing, in full context, the lives of those who have pursued this work, and in the process built America, the filmmakers have revealed the full skill and courage of Mohawk ironworkers."

“Highly Recommended... a harrowing documentary about Native American Iron Workers who tempt fate every time a high rise is being built in New York City... The film does a superb job of telling the history of Mohawk stereotypes when America was being founded…”

"3 stars! Esson captures the interesting lives of these Mohawk skywalkers."

After filmmaker Katja Esson’s sister gave birth in Germany, she was able to breastfeed her baby anywhere and at any time. Returning home to New York, Esson found that breastfeeding was rarely practiced and largely unseen. Academy Award® Nominee Esson (Ferry Tales) turned her quirky eye on the subject and set out to learn why this was so. Her wide-ranging, frequently funny documentary highlights the intersecting economic, social, and cultural forces that have helped replace mother’s milk with formula produced by a billion dollar industry, and reveals the challenges and rewards for women who buck the trend. Latching On draws on lively first-hand accounts from mothers of diverse ethnicities and economic backgrounds, as well as candid observations by pediatricians, healthcare providers, lactation specialists, and the proprietor of New York’s first breastfeeding boutique. Including data about paid maternity leave, hospital post-delivery policies, and workplace accommodations for nursing mothers, the film compares current US practices with standards adopted elsewhere. Tensions around public breastfeeding and "breast is best" promotion campaigns highlight society's perceived interest in regulating women's reproductive behavior, as well as the power of culture to assign sexual and moral meaning to mothers' bodies. Entertaining and insightful, Latching On is an important analysis of the politics of breastfeeding, illuminating the complexities behind a simple, natural act.
Learn more

Academy® Award nominated director Katja Esson’s (FERRY TALES, LATCHING ON) exquisitely made film explores survival, strength and the power of the human heart, body and soul—as expressed through poetry. She highlights six different poets, who individually survived Hiroshima, the Holocaust, China’s Cultural Revolution, the Kurdish Genocide in Iraq, the Rwandan Genocide, and the Iranian Revolution. By summoning the creative voice of poetry to tell stories of survival and witness, each reclaims humanity and dignity in the wake of some of history’s most dehumanizing circumstances. POETRY OF RESILIENCE gives us an intimate look into the language of the soul and brings us closer to understanding the insanity of war and how art will flourish, in spite of any obstacle.This film is recommended for courses in poetry studies, literature, peace and conflict studies and genocide studies.
Learn more

The Desert Is No Lady

With provocative imagery and spirited juxtapositions, THE DESERT IS NO LADY looks at the Southwest through the eyes of its leading contemporary women artists and writers, including author Sandra Cisneros. The nine women profiled are Pat Mora (poet), Sandra Cisneros (writer), Lucy Tapahonso (poet), Emmi Whitehorse (painter), Harmony Hammond (painter), Meridel Rubinstein (photographer), Nora Naranjo Morse (sculptor), Pola Lopez de Jaramillo (painter) and Ramona Sakiestewa (tapestry artist). The Southwest is a border territory - where cultures meet and mix - and the work of these nine women from Pueblo, Navajo, Mexican-American and Anglo backgrounds reflects its special characteristics. THE DESERT IS NO LADY is a vibrant celebration of the diversity of women's creativity and changing multicultural America. "An inspiring tapestry of history, imagination and daily life. I highly recommend it." - Vicki L. Ruiz, Arizona State University
Learn more